Here’s an introduction to urinary incontinence and prostate cancer treatment.

Prostate cancer itself is common. In fact, it is one of the most common cancers in men worldwide. As a result, many men are diagnosed with prostate cancer each year and undergo treatment. The most common types of curative treatments include surgery or radiation. Unfortunately, urine leakage can occur with both. Incontinence rates vary a lot in reported research. For example, rates generally range between 5% and 30% after surgery.

Why are incontinence rates so different?

Is all incontinence the same?

Generally not. The degree of incontinence can vary, with many men reporting mild incontinence. This is generally light leakage that occurs infrequently. Moderate to severe incontinence is less common.

Why is incontinence so common after prostate surgery? 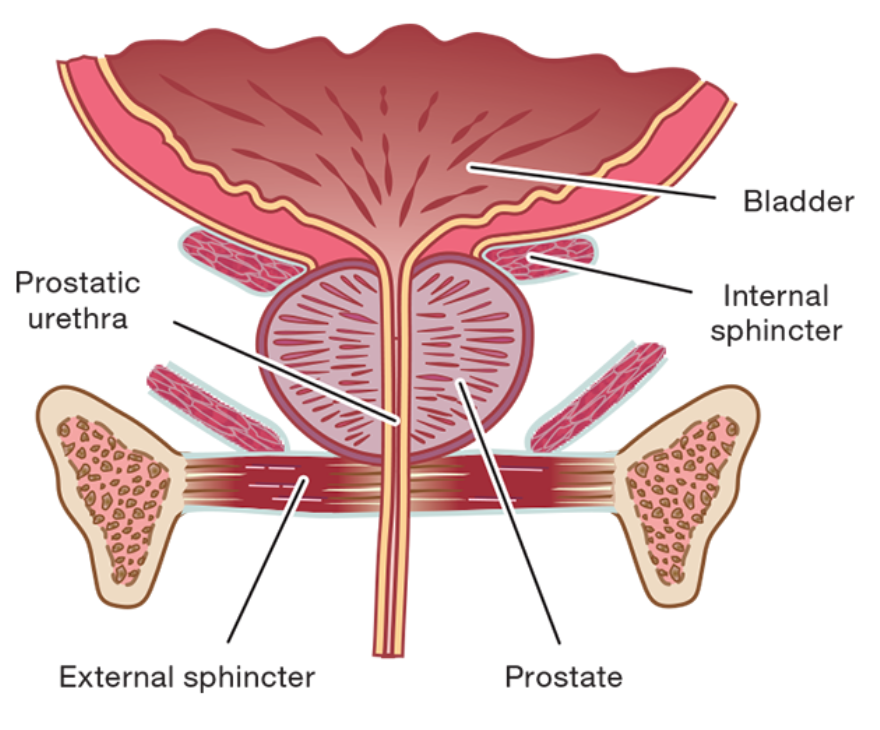 The prostate is right next to the urinary sphincter, which is the muscle that is responsible for a large portion of a man’s continence. During prostate treatment, physicians must remove (surgery) or irradiate (radiation) the prostate to get rid of all the cancer cells but, at the same time, completely avoid weakening the sphincter muscle. Because the prostate and sphincter muscles are so close, this is a challenge!

What is stress incontinence?

Is there anything I can do to help before my prostate treatment?

Yes! A risk factor for incontinence after prostate treatment is bladder problems before your treatment. Foremost, it is important to ask questions about incontinence to your doctor before treatment! Don’t be afraid to how common incontinence is in their patients and how they provide support after surgery to optimize bladder and muscle strength.

This blog is part of our blog series on incontinence after prostate treatment. Be sure to check out our other blogs:

Also, feel free to reach out to us at info@hfitness.com for more education about pelvic floor health.